Film and the Law 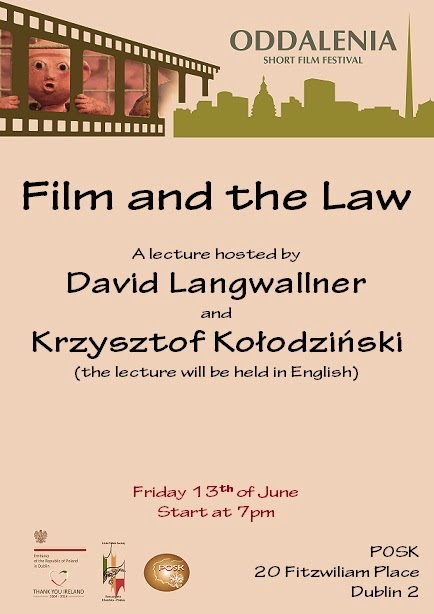 This lecture will deal with how in many crucial works of the cinema fundamental legal and jurisprudential themes are explored, How the cinema can be a galvanising force for legal education and indeed civic education and how crucial cinematic works can be interpreted to make fundamental points about the relationship between law and justice, law and morality, truth and fact finding.

The films I will be utilising are:


and an exploration of the philosopher Zizek

Mr. David Langwallner is a graduate of Trinity College Dublin Law School. He won The Henry Hunter Hamilton Memorial Prize for Law and The Kingsmill Moore Memorial Prize for History. In 1990 he completed an LL.M (Lond.) with merit. He subsequently attended the Honorable Society of King's Inns, Dublin and was called to the Irish Bar in 1991. He was also called to the Bar of England & Wales in 1993. He was awarded LL.M from Harvard in 1998. David was a Senior Lecturer in Law at Sheffield Hallam University from 1999 to 2000. Presently David also lectures in constitutional law and jurisprudence at The King's Inns and tutors administrative law and judicial review. David is a Tribunal Member of The Garda Disciplinary Tribunal - Appointed by The Minister for Justice July 2007 and is involved in a training project of the Garda higher level management in Human Rights Law. He is also a member of 12 Grays Inns Square Chambers of Mark Littman QC in London.

Krzysztof Kołodziński is a researcher and co-lecturer in Intellectual Property. Educated at University of Szczecin and Griffith College Dublin where he obtained his master degree’s in both Polish and International Law. In 2013 he co-wrote and published an article in the Irish Business Law Review with King’s Inn lecturer and barrister David Langwallner. Subsequently to that they decided to extend their research by writing a book in copyright. Ad interim he is co-lecturing undergraduates and graduates students of Intellectual Property in Griffith College Dublin. He is also a cofounder of a Dublin based music band called ‘Written in Sound’ [www.writteninsound.com] which released their debut album in October 2013.
Email ThisBlogThis!Share to TwitterShare to FacebookShare to Pinterest
Newer Post Older Post Home