Edyta Dolan – The President of the Jury Chairperson of the Irish Polish Society. She studied Digital Media Production and was involved in the production of short movies for the Digital Skills Academy, International Digital Services Centre, Deloitte and Tearfund Ireland. 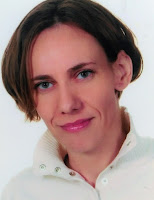 członek jury Katarzyna Kasperkiewicz graduated with MA in Local Government and Development Management from Warsaw University in 2001. Since 1999 she has been working for the Department of Foreign Affairs. From 2007 to 2011 she fulfilled the duties of a consul in legal matters in the Consulate General of the Republic of Poland in Chicago. Since November 2015 she has been working as consul in the visa section of the Polish Embassy in Dublin. She is married with two children. In her spare time she likes to travel and be active with her family. Among the types of film she likes are nature films, documentaries and thrillers.

She graduated in Media Education & Computer Graphics and Digital Technology, Design & Innovation. She has been sitting on the POSK Committee for the last 6 years. At present she is working as a Web/Graphic Designer in The Digital Hub, Dublin. She likes good cinema, jazz and hiking. She believes that only through continuous learning and development one is able to stay in love and enjoy life to the full. 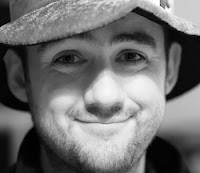 He has been working in IT for over 10 years and is an avid photographer and film aficionado. He is an Irish Polish Society member and can be seen running around photographing people during the events at the Polish House. During his spare time he also enjoys DIY, gardening, reading and writing.

Sandy Hazel
Sandy Hazel is a writer, videographer and journalist. She studied film and TV production in London where she worked in casting. She has worked as a commercials scriptwriter for radio and is currently a reporter. She is still amazed that all the books, poems and scripts in the world come from combinations of some 26 characters.

Brian O’GradyBrian O’Grady has an eclectic career that encompasses chemistry, short films, documentaries and even tech startups. After completing his undergraduate studies at UCD, his love of the emotional and visual power of cinema led him to finally find a creative outlet to share his insights. He has also worked as a video editor in TV post-production projects. He presently earns his crust in a digital media startup.

Magdalena graduated in culture studies from Wrocław University. She has an organisational mind, a multi-faceted look at the world around and the ability of synthetic thinking. She possesses an innate sensibility and empathy which facilitates her insight into the creative process quite easily and makes her open to artists and their individuality. She aspires to active engagement in cultural activities. 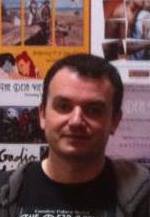 Peter is from Bratislava, Slovakia and has been living in Ireland for the past 9 years. He is a freelance writer and photographer, curator of the Deja View Cineclub and director of the Visegrad Film Festival in Cork. He started the Deja View Cineclub in Camden Palace in 2014. They show independent, underground and cult classic films from all over the world with special guest events thrown into the mix. Noticing the interest in movies from Poland, Hungary, Slovakia and Czech republic he got the idea of creating the Visegrad Film Festival. Their first festival last year was a big success and they are planning the second year for September 2016 focusing this time around on Polish films.

Justyna Zidar
Justyna Zidar – graduated from University of Katowice where she studied Radio; TV and TV; Film Production. She collaborated in making TV programmes and in film production. In 2015 she completed TV training course at The Park Studio, Dublin.
Email ThisBlogThis!Share to TwitterShare to FacebookShare to Pinterest
Newer Post Older Post Home