The President of Poland Prof Lech Kaczynski has died 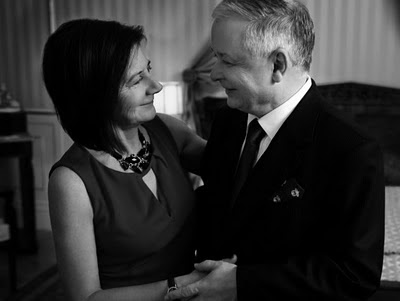 Book of Condolence
A period of national mourning has been announced in Poland in connection with the tragic demise of the President of the Republic of Poland Mr. Lech Kaczyński and his wife Mrs. Maria Kaczyńska.

The Embassy wishes to inform that the book of condolence will be open at the Embassy's premises (12 Ailesbury Road, Ballsbridge, Dublin 4) from 12 April until 15 April between 10:00 AM and 8:00 PM.

Memorial Mass
A Memorial Mass to commemorate the Victims of the plane catastrophe near Smoleńsk, will take place on Friday, 15 April at 11:30 in St. Audoen's Church (14 High Street, Dublin 8). The Mass will be celebrated by the Archbishop of Dublin Diarmuid Martin and will be attended by the Diplomatic Corps, as well as by representatives of the Oireachtas and the Irish Government.